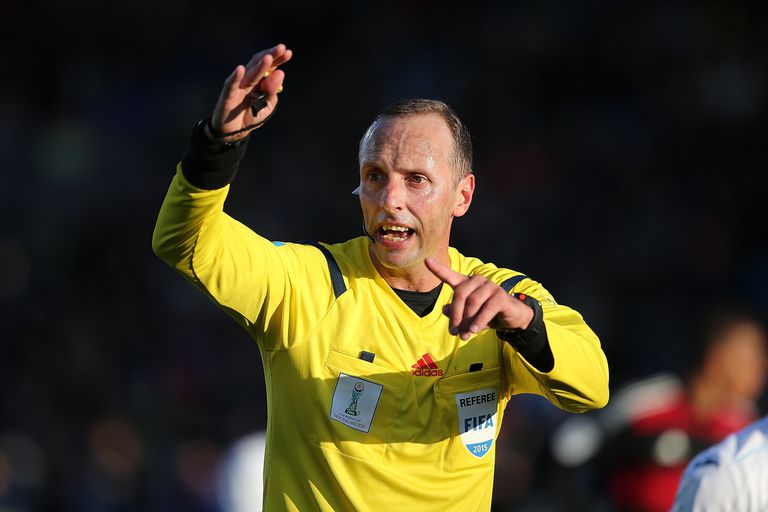 Every year, soccer’s international governing body revises and updates their rulebook, known as the “Laws of the Game”. These 17 rules govern everything from how fouls are defined to the type of uniforms that players may wear. After major revisions in the 2016-2017 regulations, the Federation International Football Association (FIFA) made only minor changes to the 2017-2018 rulebook.

Law 1: The Field of Play

There are very few fixed dimensions for soccer fields, even at the highest level.

FIFA only stipulates that for professional 11-versus-11 competition, the length must be between 100 yards and 130 yards and the width between 50 and 100 yards. Regulations also stipulate the dimensions of the goal post and field marking

The circumference of a soccer ball must not be more than 28 inches (70 centimeters) and not less than 27 in. The ball, used by ages 12 and above, not weigh more than 16 oz. and not less than 14 oz. at the start of a match. Other guidelines cover replacement balls used during a match and what to do if a ball is defective.

Law 3: The Number of Players

A match is played by two teams. Each team may have no more than 11 players on the field at any one time, including the goalkeeper. A match may not start if either team has fewer than seven players. Other regulations govern player substitutions and penalties for too many players on the field.

This rule outlines the equipment that players may and may not wear, including jewelry and clothing. A standard uniform consists of a shirt, shorts, socks, shoes, and shinguards. Revisions to the 2017-18 rules include a ban on the use of electronic communications equipment.

The referee has the full authority to enforce the laws of the game and his decision is final. The referee ensures that the ball and players’ equipment meets the requirements, acts as timekeeper and stops play for infringement of the laws among several other duties. The rules also outline proper hand gestures for signaling rulings.

In professional soccer, there are two assistant referees whose job it is to call offsides and throw-ins and help the referee make decisions. Carrying a flag to signal their observations, assistant referees, or linesmen as they are commonly known, must monitor the sidelines and goal lines and flag if the ball goes out of play, signaling which team the goal kick or throw-in should be awarded to.

Law 7: The Duration of the Match

Matches consist of two 45-minute halves with a halftime interval of no more than 15 minutes. A referee may play added time because of substitutions, assessment of injuries, removal of injured players from the field of play, time wasting and any other cause. An abandoned match is replayed unless the competition rules state otherwise.

Law 8: The Start and Restart of Play

The rulebook outlines in detail the procedures for starting or restarting play, also known as a kick-off.

The opening kick-off of the match is decided by a coin toss. All players must be on their respective sides of the field during kick-off.

Law 9: The Ball In and Out of Play

Law 10: Determining the Outcome of a Match

Goals are defined as when the ball completely crosses the goal line unless a foul has been committed by either side in the course of scoring. Policies are made for penalty kicks as well. For 2017-18, new rules were added to govern instances when the goalie commits a penalty.​

A player is in an offside position if he is closer to the goal line than both the ball and the second-to-last defender, but only if he is in the opposition half of the field.

The law states that if a player is in an offside position when the ball is played to him or touched by a teammate, he may not become actively involved in the play. Revisions to the 2017-18 rules include new provisions defining penalties for a player who commits an infraction while offsides.

This is one of the most extensive sections of the rulebook, outlining the myriad infractions and their penalties, such as dangerous behavior on the part of a player, and guidelines for how officials should respond to such behavior. This section was also revised extensively in the latest version, clarifying and expanding the definitions of bad behavior.

This section defines the different kinds of free kicks (direct and indirect) as well as the proper procedure for initiating them. It also outlines specific penalties that trigger the free kick.

As with the previous section, this law defines the proper procedure for and penalties that would call for initiating a penalty kick. Although a player may feint as he or she approaches the ball for the kick, it must be done during the run-up. Feinting after will result in a penalty. The section also outlines where a referee should place the ball for a kick.

If the defending team touched it, a corner is awarded to the opposition. If the attacking team had the last touch, a goal kick is awarded.